I just love the Internet! The other day an email dropped into my in-box inviting me to listen to Karl Jenkins on composed.com which is, apparently, a brand new streaming service. “Oh, that’s good”, I thought, “I’d like to hear some of that”. The email described Karl Jenkins as an award-winning composer, which he is, but I know him better as a former member of Soft Machine.

Making a mental note to add something about Soft Machine to the Crotchety Man blog I typed ‘composed.com’ into my browser, deliberately avoiding the links in the email. And, yes, it is a streaming service for classical music from Classic FM, Decca and Deutsche Grammophon. Nothing wrong with that but, unfortunately, it’s a subscription-only service and my peripheral interest in classical music isn’t strong enough to justify the, admittedly low, cost (£5 per month or £50 per year).

That prompted me to search for Karl Jenkins on Spotify where much of his work is available either for free (if you can put up with the occasional advertisement) or included in the Spotify Premium subscription. Clicking on a few of the tracks didn’t throw up anything that particularly appealed to me but perhaps I’ll explore his compositions more thoroughly in the future.

In the meantime, Crotchety Man has a few things to say about the sometimes weird and often wonderful Soft Machine, a band that evolved from the primordial soup of the Canterbury scene in 1966. 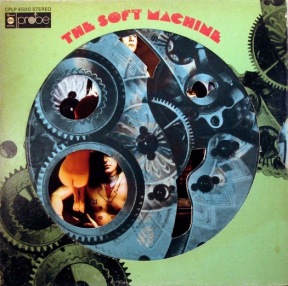 The Soft’s original line-up included Daevid Allen (guitar), Kevin Ayers (bass) and Robert Wyatt (drums), each individually idiosyncratic and together almost Zappaesque in their weirdness. Both Ayers and Wyatt liked to play with words; they both also sang with distinctive and somewhat unsettling voices. Only Mike Ratledge (keyboards) provided a modicum of normality.

This quartet provided the raw material for their first album, The Soft Machine, which is perhaps best described as a collection of psychedelic rock songs. On that first album there was singing, of sorts, but the words were there more to provide another instrumental part than to carry a message. Any words in a track called So Boot If At All couldn’t possibly be taken seriously, could they?

Daevid Allen had to leave the band when he was refused entry into the UK after a tour of France. Perhaps as a result of his departure, in their second album, simply called Volume Two, there were fewer songs and several instrumental pieces with a somewhat jazzier feel. 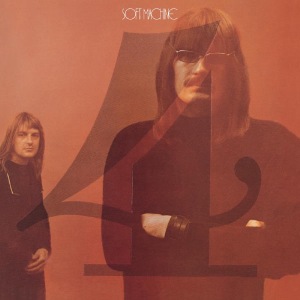 By the time Soft Machine recorded Third there had been further personnel changes. Ayers had been replaced by Hugh Hopper on bass and Elton Dean had been added on saxophones. Their latest compositions had become a blend of progressive rock and modern jazz that continued through Fourth and Fifth.

Between Fourth and Fifth Robert Wyatt and Elton Dean left the band and were replaced by John Marshall on drums and Karl Jenkins on oboe, saxophones and keyboards. All the early weirdness had now gone, to be replaced by more conventional jazz and classical themes on albums Fifth, Six and Seven. 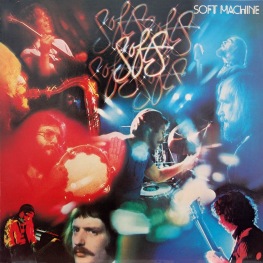 Soft Machine released three more albums, Bundles, Softs and Alive and Well, Recorded in Paris on which Allan Holdsworth or John Etheridge played guitar and Roy Babbington played bass. (I don’t count Land of Cockayne, which had different personnel and was recorded after the band had ceased to exist as anything but a marketing tool for the record companies.) These had a rockier feel to them but the jazz and classical influences remained.

I can recommend all of Soft Machine‘s studio albums and the live album, Alive and Well. If you start at the beginning they will take you on a journey from psychedelic rock through a jazz/rock fusion to a blend of rock, jazz and classical and there will be many delights along the way.

Let’s end with two things I discovered when researching this blog entry:

It’s funny how Karl Jenkins (OBE, CBE) keeps turning up isn’t it? I blame it on the Internet.