There was a lot of good music on the radio in the late sixties but by the time I started university in 1971 it had been almost entirely replaced with banal and sickly-sweet pop songs. Look away now if, like me, you don’t want to be reminded of Chirpy Chirpy Cheep Cheep, Grandad or Bridget the Midget, all among the top-selling songs of that year. After the pirate radio stations were closed down in 1967 it became all but impossible to discover new bands or anything that could be remotely described as original.

But the progressive rock bands that emerged during the laid-back, canabis-infused days of Flower Power were just beginning to blossom. One of the best and most original of those bands was Yes. Formed in 1968, they were at their peak in 1971 when they released The Yes Album, widely regarded as their best, and Fragile, which was also a very fine album.

In those bleak days of the early seventies I stopped listening to the radio altogether, subsisting on a diet of recorded music by Genesis, Yes, King Crimson and Soft Machine, supplemented by live bands in the local pubs. In some ways, though, I was lucky. Although the radio was a musical wasteland there were sporadic oases in Crystal Palace Park just twenty minutes walk from where I lived in south London. There they had Garden Party rock concerts and on 2nd September 1972 Yes were top of the bill. 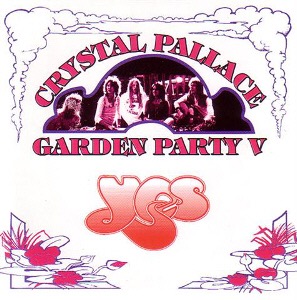 The Garden Parties were not free concerts but this was an opportunity even this miserly and cash-strapped student was determined not to miss. My own memories of that day are very faded but they are broadly in agreement with the comments on the UK Rock Festivals website – John McLaughlin’s Mahavishnu Orchestra played a really good set, Lindisfarne didn’t come across well in the concert bowl and Yes were not quite as good as I’d expected. The old Yes tracks still had all the punch and freshness of the band’s early compositions but some of the new material from their Close To The Edge album seemed a little stale and self-indulgent.

Anyone reading this blog will be familiar with Yes, I’m sure, so rather than describe their music I’ll just give a few links to my favourite Yes tracks:

One thought on “Yes”