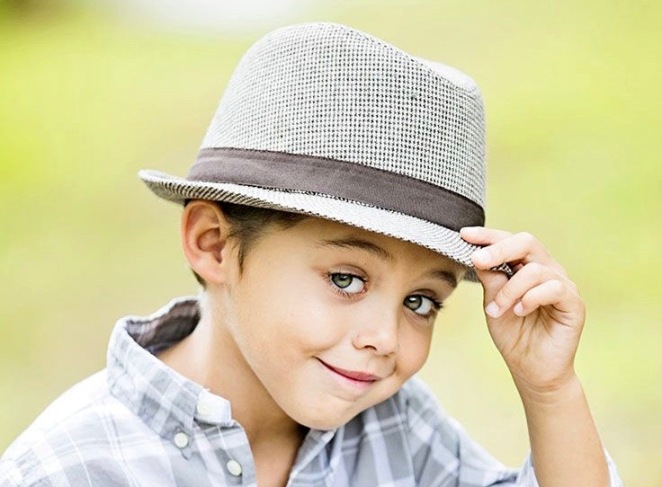 In a few days time this blog will be four years old and, I humbly suggest, it’s looking pretty good for its age. Did you know the average lifespan of a blog site is only 2 years and 7 months? That makes Crotchety Man positively geriatric!

But before we celebrate our fourth birthday, let’s look back at some of the highlights of the year just ended. Here, then, are the Crotchety Awards for 2018.

The breakthrough artist award is given to a band or solo artist that was new to the Crotchety Ears in the qualifying year.

The judges this year singled out the melodic prog rock band, Big Big Train, for an Honourable Mention, but the first track-of-the-week of 2018 proved to be the brightest star in the sky. Out-shining all the other contenders, the winner of the Breakthrough Artist award goes to the astonishingly innovative jazz trio, GoGo Penguin.

Although this award is not restricted to albums that were new to me, the leading contenders in the best studio album category were both released in 2018. Before we get to them, I’d like to mention a couple of old favourites that came to my attention again this year: Songs for a Tailor by Jack Bruce and The Crazy World of Arthur Brown by Arthur Brown. Two recent releases by Leonard Cohen (You Want It Darker) and Focus (Focus 11) also made the shortlist. But in the end an Honourable Mention goes to the epic prog rock concept album, Heterotopia, by Schooltree and the winner this year is the sizzling modern jazz of …

… A Humdrum Star by GoGo Penguin.

Crotchety Man usually steers clear of live albums so there were not so many candidates for the Best Live Album award. In fact, there were only two nominations this time around: Radical Action to Unseat the Hold of Monkey Mind by King Crimson and But Wait … There’s More! by Brand X. Both albums record spectacular performances by bands that have been around for the best part of 50 years and remain at the peak of their artistry. The prog/fusion of the Brand X offering is a delight marred only by a few brief interruptions of crowd noise and silly jingles. In contrast, the classic prog rock of King Crimson is absolutely faultless, so Radical Action … takes the gong this time around.

Looking back over the posts of the last year, two songs bring back particularly fond memories: Auntie Aviator by John & Beverley Martyn and The Days of Pearly Spencer,  by David McWilliams. Auntie is a lovely folk song inspired by the joy and wonder of childhood; Pearly Spencer is a sad story about a man “battered, bowed and finally defeated by life’s endless battles”. Both are exquisite. They share the Fond Memories accolade this year.

Towards the end of last year Crotchety Man started following a music blog by a young gig-goer from the Liverpool area. He has a knack of finding new indie rock bands that are very much to my taste and that is something I had thought impossible in these days of rap and grime. I particularly liked Glass Towns by The K’s, so the Ones to Watch award goes to that band and my thanks go to Trackdose for bringing them to my attention.

There were three concerts on the Best Gig shortlist this time. Catrin Finch (Celtic harp) and Seckou Keita (kora) gave a mesmerising performance fusing Welsh folk and traditional West African music at the Derby Guildhall Theatre on 25th May. Then King Crimson took us on a journey through time from 1969 to the present day when they played at the Royal Concert Hall, Nottingham on 7th November. And, on 18th November, a Crotchety Old Man plucked the strings of a borrowed bass for Loose Ends at The Boat Club, Nottingham.

All of those gigs were special, each for a different reason. The Finch/Keita duo combined delightful music with virtuoso skill on their respective instruments. Hearing the unexpectedly enthusiastic response to our Loose Ends set sent us on a high that took days to fade away. But the 2018 award for Best Gig has to go to King Crimson for the Nottingham date in their Uncertain Times tour. The last time I experienced a show that amazing was way back in 1969 when I heard some of the same songs by the first incarnation of that very same band at a free concert in Hyde Park, London.

No review of the KC show appeared on the Crotchety Man blog – our own band was too busy preparing for our 25 minutes of modest fame – but I’ll say this now … If that King Crimson concert had been the last thing I ever heard, believe me, I’d have died happy.

The final award is for a video of the Paper Earth concert by Bent Knee and the Boston Conservatory Percussion Ensemble at Berklee College of Music. The Crotchety Synapses are still trying to grok Bent Knee as a band. There’s no doubting their skills as musicians but their compositions can be baffling at times and Courtney Swain’s more exuberant vocals sometimes offend the ears. And yet, this collaboration with a percussion ensemble has produced something uniquely wonderful.

In my original blog post I chose to let the music speak for itself because no words of mine could possibly do it justice. Coming back to it here, though, I find I need to write down a few of those inadequate words. Paper Earth is modern classical music. It is a prime example of the composer’s art, blending strings, keyboards, electronics and percussion instruments to create a work that no conventional rock band could perform. It needs more than a band; it needs a 21st century orchestra.

So there you have it – 2018 in a nutshell. A summary of posts can be found in this PDF document. Now, all that remains is for me to wish you all the very happiest of New Years.

May your vinyl, CD and digital music collections grow fat, may your hi-fi systems continue to faithfully reproduce those recorded sounds and may your ears be sharp, free of wax and undamaged by live bands who turn the volume knobs way too high.