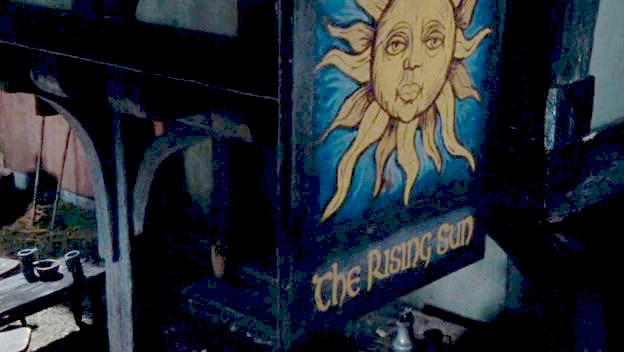 This time, for my Track Of The Week, I’m going to do something a bit different. Instead of focusing on a specific recording I’m going to explore about a dozen different versions of the same song: The House of the Rising Sun. The link is to a Spotify playlist containing recordings from 1941 to 2001 given in chronological order.

The Rising Sun has a special significance for me. It was the first thing we played when our unnamed band set up our equipment for the very first time in the local youth club hall in the autumn of 1970. In that first rehearsal I played my electronic organ and we managed to recreate the sound of The Animals pretty well. As I was guessing the chords and it was the only thing I could play on the organ, that was pretty amazing. Our performance that day convinced me that playing in an amateur band really was going to be fun and it was, it really was.

The origins of The House of the Rising Sun are obscure. It may have been an English folk song written in the 18th century and taken to America by immigrants from the British Isles. The oldest known existing recording is from the Appalachians and dates from 1934. The first version available on Spotify is the 1941 recording by Woody Guthrie that kicks off my Rising Sun playlist. This is an unremarkable folk/blues song in a 4/4 time with not much of a tune. In it the female singer warns other girls not to be led astray, as she was, by drunkards and gamblers. Although the words don’t say so most interpretations assume the woman is a prostitute and the House of the Rising sun is the brothel she works in.

Lead Belly recorded Rising Sun in 1944.  His version is also in a 4/4 time and still doesn’t have much of a tune. This time, though, it is sung from the point of view of a man who wants to save his younger sister from a life of misery in the House of the Rising Sun. And it has a rocking country feel, quite different from Woody Guthrie’s mainstream folk rendition.

Then, in 1947, a black American country-blues singer and guitarist called Josh White wrote new music for The Rising Sun and changed the words a bit. Most subsequent performances of the song are based on Josh White’s version, including the 1958 banjo arrangement by Pete Seeger. Now the song is in a 6/8 time and we hear the lilting tune familiar to modern listeners for the first time.

Joan Baez recorded a particularly captivating version of Rising Sun in 1960. With just an acoustic guitar and her clear, mellow voice she wrings the listener’s heart with the tale of a woman whose life has been full of sorrow and misery. Folk music at its very best.

The following year the folk singer Dave Van Ronk taught The Rising Sun to Bob Dylan and both Van Ronk and Dylan recorded it. The Van Ronk version doesn’t have an obvious time signature; the chords change in time with the soulful singing, which wanders along in traditional finger-in-the-ear folk fashion. (It’s music, Jim, but not as the pop charts would know it.) Dylan’s version is a straightforward rendition of the song but unmistakably Bob Dylan, the folk singer, as he was in 1961. 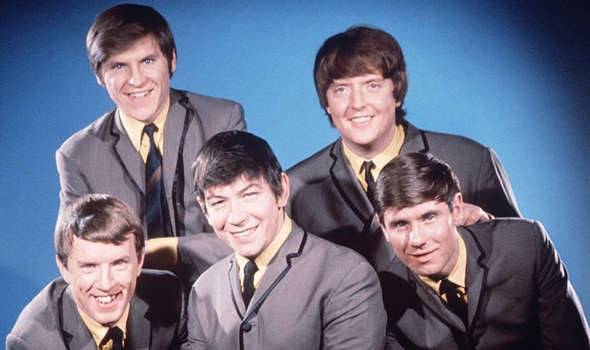 The most famous version of Rising Sun (at least in the UK) is the one by The Animals, recorded in 1964. Eric Burdon said that the band learnt the song from a Northumbrian folk singer, Johnny Handle, not from the Bob Dylan track as has often been suggested. It has been described as “the first folk-rock hit”, which neatly summarises the mix of folk, rock and pop that made it so successful. The Animals’ Rising Sun was a number one single in both the UK and the US and it won the Grammy Hall of Fame Award in 1999. It made an indelible mark on Crotchety Man, too.

There have been numerous other covers of Rising Sun. The Spotify playlist includes versions by another six artists: Marianne Faithfull did a slow folk/pop/classical version reminiscent of French folk songs; Tim Hardin offered a very nice, passionate, folk/blues version; there was a psychedelic rock rendition by Frijid Pink that saw considerable chart success in Europe; there have been two entries into the country music charts, including an up-tempo country/pop version by Dolly Parton; George Melly gave it the cool jazz treatment; and Jimmy Nail sang it as a traditional ballad.

So it seems The House of the Rising Sun is a folk/blues/country/pop/rock song that has also been given perfectly acceptable jazz and old-school ballad treatments. It is the ultimate genre-busting track. Have a listen. You won’t like every version, but it will be good for your education, I promise. And I haven’t even mentioned the 2013 heavy metal arrangement by Five Finger Death Punch…

One thought on “The Rising Sun”