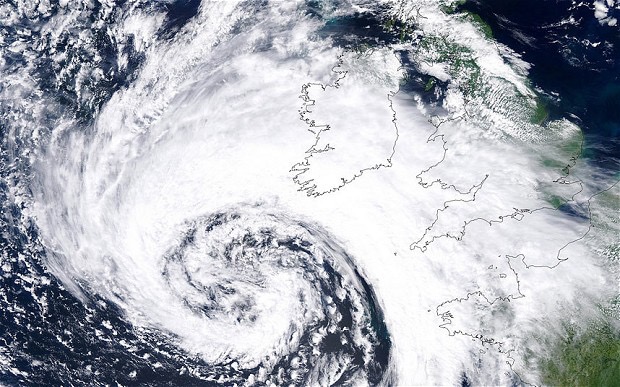 This year the UK’s Meteorological Office is naming the storms that hit us. Abigail, the first storm of the season, brought floods last week; Barney is now following in her wake. The forecasters have promised us strong winds and more heavy rain; there is likely to be some disruption to transport. But Barney isn’t as angry as Abigail and here in the East Midlands we will probably escape the worst of it.

Abigail, though, was noisy; she kept me awake at night. Blustery wind howled between the houses, whined through the trees and rattled the climbing rose against the window. What she was ranting about I do not know. One moment Abigail would rail loudly against some unfathomable injustice, another she would be quiet as if her anger was spent and she had forgiven us for whatever transgressions we had perpetrated.

It wasn’t the noise that kept me awake, it was the unbearable tension of the silence between the outbursts – the feeling that, any second now, Abigail’s temper would flare up again and she would burst into another tantrum. Restless hours went by as episodes of peace and turmoil alternated throughout the night. Abigail was a troubled soul and there was nothing I could do to help her.

Crotchety Man’s Album of the Month for November is both a perfect accompaniment to quiet interludes and an effective antidote to the distraction of a noisy environment. It is A Whisper in the Thunder by Tom Griesgraber and, as it’s relatively unknown, I’ve awarded it the status of a Hidden Gem.

Tom Griesgraber is one of the foremost players of the Chapman Stick. The Stick comes in several different forms; the version Tom uses looks like the fretboard and head of a wide-necked 12-string electric guitar. Six of the strings are tuned in a treble register and six in a bass register. The strings are tapped onto the railboard and a large diagonal pickup converts the vibrations to an electrical signal.

The Chapman Stick is a versatile instrument. Because the strings are tapped rather than plucked it is possible to play bass, melody and chords all at the same time, like a pianist. Because the player’s fingers press directly on the strings the musician can easily bend the notes or introduce vibrato. As Emmett Chapman, its inventor, explains it’s an easy instrument to play physically, but far from easy mentally because it offers immense scope for expression.

In the hands of an expert like Tom Griesgraber the Stick sounds like a whole band and A Whisper in the Thunder illustrates this rather well. Although there are other musicians on the album they mostly contribute drums and percussion; Tom’s Stick and soothing synthesiser effects do the rest.

The result is mesmeric. We are up in a glider, its wings outstretched, almost motionless. We are floating in the silent sky; up here we cannot feel the wind. Green fields and forests sweep away below us over the hills to the horizon. Fluffy white clouds hang around us and drift by like airborne whales whose songs enter our brains without passing through our ears. Time has no meaning. All is quiet.

There are nine tracks on A Whisper in the Thunder. All are different, but all have that same sense of inner peace. Like Abigail in her quiet moments there is no thunder, only mother’s whispering as she rocks her baby to sleep.

He was noisy for a while but he observed the midnight curfew, hurrying away again like Cinderella, and I slept soundly last night.