All Flowers In Time

I heard All Flowers In Time for the first time yesterday on the RadMac afternoon show on BBC 6 Music. Curiously, it has never been released although, as you can see, it has escaped from the recording studio and is available on SoundCloud, YouTube and elsewhere.

All Flowers In Time Bend Towards the Sun, to give it it’s full title, was written by Jeff Buckley (around 1995 as far as I can tell). The version presented here is a demo recording; Jeff’s untimely death in a drowning accident in May 1997 meant that a finished version was never made.

The demo is a composition for two guitars and two voices. If it had been given a sparse arrangement it would be a simple folk song but, here, strummed acoustic and electric guitars provide a lush carpet of camomile and clover for us to walk upon. Liz Fraser’s dancing voice paints exotic flowers onto the bushes, and Jeff Buckley duets with her as she skips between the orchard trees. The two guitars pirouette around each other, butterflies in slow motion, while the voices mingle in exquisite harmony. For a rough cut this is an amazingly beautiful production. 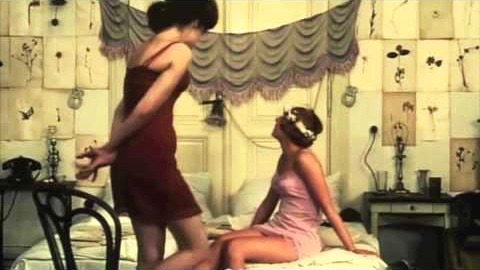 Reliable information is hard to come by but it seems that Liz Fraser has always wanted the ‘unfinished’ All Flowers to remain unheard and Jeff Buckley’s mother, who manages his back catalogue, is of the opinion that Jeff and Elizabeth’s recording is “too personal” to be released. In spite of this there have been many calls from fans of both Buckley and Fraser to make it officially available.

As far as I can make out streaming and downloading this song is morally questionable and quite possibly unlawful. Yes, a polished version might have more light and shade but it’s hard to imagine another take with as much joy and spontaneity as this one. It shines like the sculpted face of Venus with laughter lines etched in. It deserves to be heard.

Crotchety Man has been naughty. He has downloaded All Flowers In Time but, if it is ever released, he hereby promises to pay for it.

2 thoughts on “All Flowers In Time”