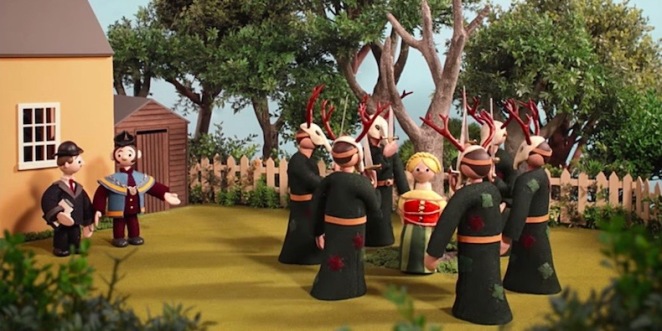 There’s a lot wrong with the world, I’m sure you agree. And it’s always other people’s fault, isn’t it? Those nasty foreigners take our jobs. Terrorists come to our country, bomb our streets and shoot our innocent citizens. Immigrants sponge off the state and we, the tax payers, see our hard-earned beer money wasted on those undeserving layabouts. It’s about time the government did something about it.

See that woman with a long nose? She has a cat, you know. And that house she lives in has a strange, old-fashioned door. I bet she’s a witch. She shouldn’t be allowed here; this is a nice neighbourhood. We should do something about it. Let’s knock on her door and run away. Let’s paint graffiti on her garage. Let’s burn down her garden shed. Yeah! Burn it! Burn her! Burn the witch! 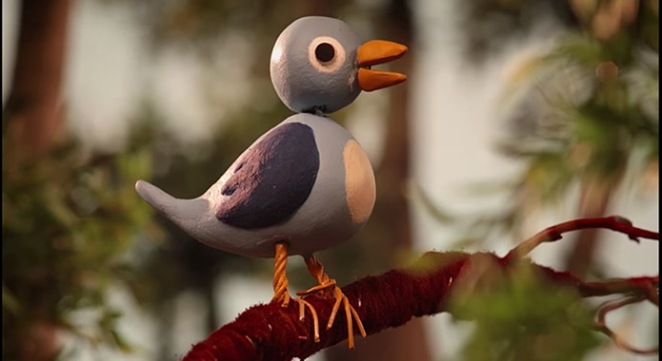 Burn the Witch is a warning about intolerance. It is taken from Radiohead‘s imminent new album due to be released within hours and with a title that has yet to be announced. There’s a delightful promotional video on YouTube to go with it. The video is set in the idyllic toy-town village of Trumpton where the firemen can solve any problem, except (possibly) a fire. Here is a self-contained community in which only outsiders could ever be a threat.

In the video a bird sings sweetly in the trees as a chauffeur-driven car delivers a bowler-hatted man with a clipboard. He is met in the town square by the mayor of Trumpton. The sound of strings struck with the wooden part of the bow inject tension into the tranquil scene. Will the outsider be a problem? One that the firemen cannot solve? As the visitor is escorted around the town we pass a man painting a red cross on someone’s door; there’s a maiden tied to a tree; there’s a gallows on the green. This is a place with its own idiosyncratic customs – customs that trouble the man with the clipboard deeply.

The audio track mixes orchestral strings, bowed and struck, with pulsing electronic sounds. It creates an atmosphere that is both utterly innocent and menacingly mysterious. The vocals add an unsettling half-tune and lyrics that demand a personal interpretation from the listener. Radiohead have created a sublime cross between a nursery rhyme and a horror story.

As the video plays out it becomes obvious that it is the story of the Wicker Man in the setting of a children’s TV programme. The message is as disturbing as ever but this new packaging is quite delightful. Crotchety Man is not very familiar with Radiohead‘s music but this track is well worth the asking price and the video is essential viewing. There are a lot of things wrong with the world but Burn the Witch isn’t one of them.

4 thoughts on “Burn the Witch”