A song from 1988 appeared again on the Crotchety Early Warning Station’s radar screen a few days ago and it reminded me of the 7″ singles I used to have. Although I spent my formative years in the days when sales of singles far outstripped those of albums I only accumulated about a dozen of them. I preferred albums for two reasons: if I liked one song by a particular artist I probably liked their other material, too, and with albums you get more boom-bang-a-bang for your buck. So my singles were exceptional songs by artists sitting somewhere outside Crotchety Man’s fuzzy comfort zone.

To give you an idea of what I mean here’s a list of the 7″ singles I can remember buying:

In those days of boyhood and adolescence the coppers in my pocket were reserved for the paradigm shift of prog rock from bands like Genesis, Yes, King Crimson and Soft Machine. I did have one Stones compilation LP and in my adult years I added Simon and Garfunkel’s Bridge Over Troubled Water to the collection but those other artists couldn’t generate the level of excitement necessary for the Crotchety Lad to stump up the cash for an album. 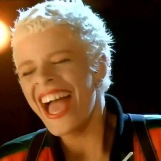 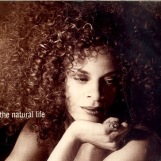 And then, as you must have guessed by now, there was also Fine Time by Yazz. That’s Yazz the female English pop singer, not Yazz the male American rapper (about whom I know only that Google can’t distinguish him from her). To call Yazz a pop singer is, perhaps, a little misleading. She had four top twenty singles in the UK in the very late eighties but they owed more to the dance music of the period than to traditional pop. It was, in fact, the UK variant of the ‘house’ music that originated at the Warehouse disco/dance club in Chicago. And that explains why Crotchety Man was never likely to buy a Yazz album.

No, there was never going to be any ‘house’ in the Crotchety house. And yet there’s something utterly fascinating about Fine Time. It kicks off with the rattle of a snare drum, a slow, deep, funky bass line and some sweet soulful vocalisations. Even before any proper words have been sung your ears are hooked on the textures and the reggae-like beat from an electronic organ. There’s a story to be told and you wait eagerly for it to start.

The first verse tells us that Yazz loves her man and then, without skipping a beat, we hear an aching pain in the chorus:

Oh, this is a fine time to change your mind … I can’t go on without your love.

Her voice is clear and expressive. The notes are true, the intonation controlled. She doesn’t scream, she doesn’t curse, she just sings her heart out. And all the while there’s that slow funky bass and the insistent organ stabbing chords into the air. There’s another verse and a lovely little sax break; the mix is perfect. Yazz uses the full range of her voice to give vent to her feelings: sadness, regret, a little guilt, perhaps. It may qualify as ‘house’ music but it is still an essential item for the Crotchety singles collection.

I don’t remember what reminded me of Fine Time. I might have heard it on the radio or it might have come up on a website or playlist. It can be no coincidence, though, that Yazz songs are in the media again now.

After 1989 Yazz only recorded sporadically. In the 90s several singles were released and two albums were recorded but never released. After re-evaluating her life at the end of that decade she decided to “turn her life over to Christ”. Yazz now lives in Spain and uses her music to spread the Christian message in prisons, clubs, churches and schools. Her official website announced a new project just a week ago. She is working on her first “worship tracks” CD, which will be released in the autumn. A free download of one of the new tracks is available from http://www.yazzmusic.co.uk/index.php; I haven’t taken up the offer.