It’s been a typical British summer this year. Anchored in the Atlantic Ocean just off the western edge of mainland Europe these islands get weather that is politely called ‘changeable’. In Ireland they have a saying: if you can see the hills, rain is coming; if not … it’s raining already.

A little farther east, in England, we tend to be plagued with showers. No matter how bright and sunny it is when you wake up in the morning by the time you’ve got dressed, had breakfast and stepped outside your front door the clouds are gathering. And if you are fool enough to pack a picnic and drive out into the countryside you can be sure the heavens will open just as you take the first bite of Mama’s delicious home-baked pork pie. Nothing dampens the spirits quite like eating soggy pastry and limp lettuce in the back seat of the car while peering through rain-spattered, steamed up windows, believe me.

Of course, to experience the full horror of the British weather you need to go camping. Just booking for a three-day music festival puts cloudy skies in the calendar and packing the tent guarantees a downpour on day one. The Glastonbury festival is renowned for muddy fields, but the show does (usually) go on¹. The recent Y Not festival, however, was curtailed for safety reasons because of what the organisers termed “exceptionally bad weather” – as if heavy rain is unusual in that part of the country². 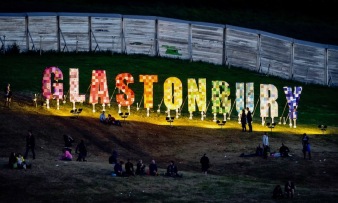 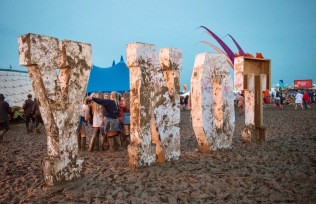 While Crotchety Man waits for the increasingly rare warm, dry summer day he is reminded that Turin Brakes found the answer to inclement weather back in 2003.

Take the pain killer, cycle on your bicycle, leave all this misery behind.

Quite how they thought getting on a bike would let you outrun the storm clouds I’m not sure but at least a large dose of analgesic pills would counteract the ache in the legs as you struggle up those endless English hills.

Pain Killer (Summer Rain) was a single from Turin Brakes‘ 2003 album Ether Song. The single reached number 5 on the UK chart and the album was certified gold four days after its release.

Turin Brakes was founded in 1999 by two guitarists whose names have quintessential English connotations. Oliver (Olly) Knights’ name takes us into the world of Arthur King of Camelot, Merlin the wizard, and a band of noble swordsmen pledged to fight for the king³. His partner in song has Iranian/Armenian ancestry, which accounts for the very un-English surname of Paridjanian, but his first name is perfect for a music festival in the green and pleasant lands of England: it is (hang on to your hats) Gale.

These days Turin Brakes has four members: in addition to Olly and Gale there’s Rob Allum (drums) and Eddie Myer (bass). They play a kind of folk/rock/indie blend that falls easy on the ear. It’s not the most exciting of sounds but it’s pleasant enough to engage casual listeners right across the popular music spectrum. Try it. Take the pain killer they offer and enjoy the summer. And, remember, you can go dri-cycling even in the rain.