I don’t have much to say about this Track of the Week. So, instead, here’s a silly little ditty about the Chinese fisherman’s friend, the cormorant.

The common cormorant, or shag,
Lays eggs inside a paper bag.
The reason you will see, no doubt,
Is to keep the lightning out.

But what these unobservant birds
Have failed to notice is that herds
Of wandering bears may come with buns
And steal the bags to hold the crumbs.

[A Crotchety memory from Verse and Worse.]

It’s unlikely that Nick Drake was thinking of the cormorant fishermen of China and Japan when he wrote River Man, although quite what was in his mind isn’t entirely clear. My personal interpretation is that Nick was feeling stifled by the mores and conventions of the middle-class society in which he was brought up. He envied the river that flowed by, unconstrained by the invisible shackles that bind individuals into a stable, coherent society. As the song puts it:

Going to see the river man
Going to tell him all I can
About the ban
On feeling free.

The lyrics given with this YouTube video are credited to Emily Dickinson and Nick Drake. But the great god Google can find no connection between the American 19th century poet and the English singer-songwriter. There are some curious similarities, though. Both withdrew from public life, becoming semi-detached even from their family and friends. There’s a certain similarity, too, in the major themes of their work: death and mortality in Dickinson’s poetry; dark, autumnal overtones in Drake’s songs. Was River Man influenced by Emily Dickinson’s poetry? Perhaps, but I can find no evidence to support that suggestion.

River Man is from Nick Drake’s first album, Five Leaves Left, released in 1969. It was a time when Nick and his record company were expecting considerable commercial success. The song is dusky in tone, but far from gloomy – like dark molten chocolate rather than the looming shadow of sorrow and loss. Nick’s precise guitar playing and warm voice are complemented by Danny Thompson’s resonant double bass and backed by a silky string section. This is a song that is searching for an answer to one of life’s troubles and fully expects to find it.

Unfortunately for Nick neither that first album nor his next two, Bryter Layter (1971) and Pink Moon (1972), sold well. The lack of sales contributed to a developing depression and in 1974, at the age of 26, Drake took an overdose of anti-depressant pills. The coroner concluded that he committed suicide although Nick’s producer, Joe Boyd, prefers to think he was trying to recapture his earlier optimism and “making a desperate lunge for life rather than a calculated surrender to death”. 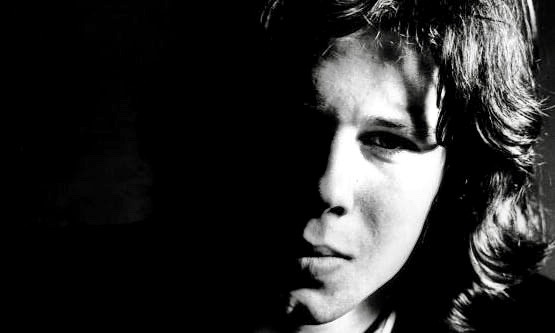 There were no fond retrospectives of Nick Drake’s music immediately after his death but in 1979 a new box set, Fruit Tree, was released and an appreciation of his songwriting talent gradually grew through the 80’s. Although undoubtedly under-appreciated in his lifetime Nick Drake’s influence has turned out to be, like a great river, deep and widespread. For those of us fishing for good music his River Man is as fine a catch as you could hope to land – with or without the help of a cormorant or two.