“Zoom, zoom, zoom, zoom”, said Auntie, whisking the model aircraft high above her niece’s head, adding “we’ll never touch the ground”. “And if we don’t want to”, replied her niece with a grin, “we won’t come down”. They were both remembering last week’s flight when Auntie took the controls of her light aircraft and took the little girl up into the clear blue skies for the first time. Soaring over the green fields of the English countryside with its quaint little villages knitted together by roads and rivers, pilot and passenger had wished the flight would never end.

There’s a serenity about John and Beverley Martyn’s Auntie Aviator that transcends time and place. I first heard it on the John Peel radio show nearly fifty years ago and when it came up on a playlist this week the title alone was enough to trigger a wave of warm nostalgia. The choice of this latest Track of the Week was never in doubt. 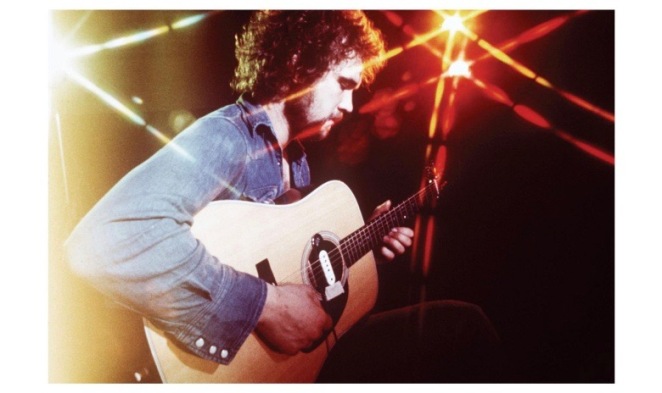 John and Beverley Martyn were a husband and wife folk duo. John had a highly successful career, releasing two studio albums with Beverley and another twenty as a solo artist between 1967 and 2004. Beverley was passed over by the record companies after the second John and Beverley Martyn LP, The Road to Ruin, although she continued to contribute to her husband’s solo projects until the marriage broke down at the end of the seventies.

John Martyn was a gifted singer/songwriter and guitarist. The biography on his official website mentions a long list of influences and collaborators including: Danny Thompson, Eric Clapton, Phil Collins, David Gilmour, Ronnie Scott, Tim Buckley, Paul Weller and John Paul Jones. But John is, perhaps, best understood as another Nick Drake. By that I mean a folk guitarist with a flair for original songs and a flawless technique. He was also a troubled man at times.

Though scores of musicians, including Eric Clapton, delighted in working with Martyn, his most important musical foil was undoubtedly Pentangle’s double-bassist, Danny Thompson. As 1975’s Live at Leeds testifies, near telepathic interplay informed the pair’s musical unions even when both players were roaring drunk.

James McNair, From his obituary of John Martyn, 30 January 2009

Although John Martyn was a singer and guitarist, the vocals on Auntie Aviator are Beverley’s and the acoustic guitar retreats behind prominent piano and theremin-like electronic sounds. It’s a combination that lifts us up into a child’s playground among the clouds.