A Thousand Shards of Heaven

The English word ‘lunatic’ comes from the Latin ‘lunaticus’, which means someone who is afflicted by one of the diseases of the mind caused by the moon. These days it is generally taken to mean a person who is endearingly foolish and unpredictable rather than actually mad and can be a term of affection.

Perhaps you have a friend like that – someone who goes through life with gay abandon never seeing the dangers that their frivolous actions might entail. Someone, perhaps, who ties helium-filled balloons to his chair until he floats up into the sky, drifts away on the wind and is never seen again. That, I think, is the kind of madness that Mariusz Duda had in mind when he chose ‘Lunatic Soul’ as the name of his solo project.

Duda is, apparently, better known as the vocalist and bass player with the Polish prog/metal band Riverside. Not being a fan of metal, Crotchety Man is totally ignorant of Riverside‘s slant on music but Lunatic Soul‘s latest album, Fractured, definitely doesn’t fit in the metal category. All but one of the tracks on that album sit at the soft end of progressive rock and my Track of the Week, A Thousand Shards of Heaven, almost qualifies as ambient for the first four minutes or so.

But before we get to Heaven, for those of you who don’t have time for the full 12 minute journey, here’s a five minute executive summary of the Fractured album. It’s a track called Red Light Escape and it illustrates Mariusz Duda’s song writing style rather more succinctly.

In Red Light the vocals are prominent and the words are important but the instruments provide much more than a backing track. Guitars, keyboards, bass and drums all support the voice and each other, forming a structure of separate but interlocking parts. And towards the end the warm buzz of a saxophone provides a refreshing change of texture. The drums may be a little fidgety but this is a thoughtful, gentle kind of rock music, red light years from the frantic thrashing of a mainstream metal band.

Now let’s turn on the boosters and build up to escape velocity. We left Earth orbit long ago but now we need to leave the material world all together and smash through the crystal barrier dividing us from the spiritual world above. Brace yourselves …

We’re through! A thousand shards of heaven’s pearly gate are spinning silently away into the infinity of God’s realm and a deep, deep peace pervades the air.

A guitar begins to play. It could be a John Williams piece from one of the Sky albums – a classical composition with an electric edge. An angel’s string ensemble contrasts with the plucked guitar notes and softens the overall tone. A tenor voice, close by, sings a simple melody. His words tell of a man who, in the wake of tragedy, is yearning for release from his suffering.

I want to feel what it’s like
When sorrow turns into strength.

Slow bass notes add depth. Backing vocals mix in harmonies. An unaccompanied guitar break provides a pause for contemplation. The angel strings sing their own melody. The song continues for another verse.

You can say that I’m surrounded
By the ruins of my previous life
But I am not a prisoner.

At four and a half minutes in you might expect the scattered shards to be dissipating, the song coming to an end. But time has no meaning in heaven. One by one different instruments make their own contribution. The bass begins to pulse more strongly, electronic sounds enter the mix. A drum kit clacks and rattles, another male voice fades in. A funky guitar chatters quietly, a smooth sax croons a mellow commentary.

A thousand shards of heaven
Drinking coldness from the night.

The track has morphed imperceptibly into a slow prog rock anthem picking up impetus without changing tempo, adding several new parts without becoming audibly more complex, reaching a climax without turning up the volume. This is a trick Crotchety Man imagined only the Lord of Heaven could accomplish and he marvels at it.

Finally, one by one, the instruments begin to fall silent again leaving just John Williams’ immortal fingers to remind us of the opening strains before they, too, fade into the distance. 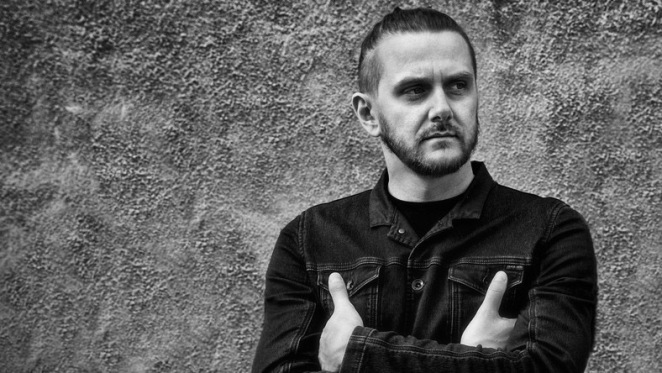 A Thousand Shards of Heaven is both a lovely song and a sliver of haunting, unpretentious prog rock. You’d be a lunatic to knock it. And I mean that in the nicest possible way, of course.

One thought on “A Thousand Shards of Heaven”