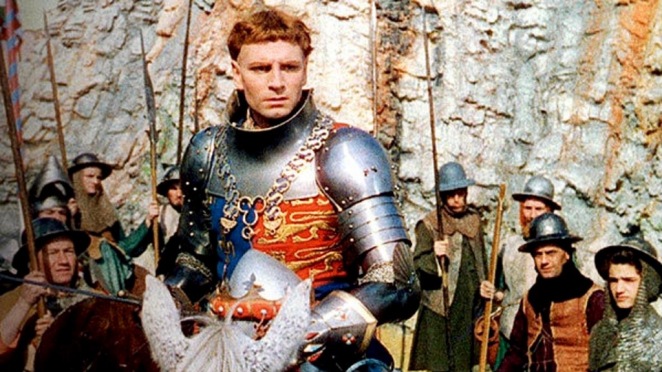 In the Middle Ages, Edward IV made it compulsory for all yeomen in England to learn archery. An archery butts was set up on the land in front of the Minster Church of St Mary the Virgin. It was used by the adult males of Reading to practice on Sundays. Some of the archers who fought at the Battle of Agincourt trained at St Mary’s Butts.

The story of Agincourt runs through Henry V (“Once more unto the breach, dear friends …”), one of Shakespeare’s most famous plays. Another Shakespeare play, Twelfth Night, provided the name for a prog rock band from the Berkshire town of Reading, some 37 miles west of London and the site of one of the UK’s best loved music festivals.

The band played in one of Crotchety Man’s favourite haunts and even released one of their performances there as a live album. The venue was a pub called The Target, which was in the basement of The Butts shopping centre, built on the site of the mediaeval archery butts; the album was rather unimaginatively called Live at The Target.

By the time Twelfth Night was formed in 1979 Crotchety Man had moved on from Reading and, sadly, I never got to see the band. In fact, I had never heard of them until a week or so ago when Burning Shed announced that a 3 CD ‘definitive’ edition of their 1982 studio album, Fact and Fiction, was due to be released on 6th July. Curiosity took hold and, swift as an archer’s arrow, some of Twelfth Night‘s music was streaming through the headphones.

There are several live albums by Twelfth Night on Spotify, including a 2011 re-release of Live at the Target, but none of those came up to Crotchety Man’s demanding standards of production quality. So, for this Track of the Week I’ve chosen Blondon Fair from the band’s second studio album, Art & Illusion.

Musically, the track is driven by the threatening pulse of a bass guitar. Staccato guitar and synthesiser chords add their own menacing commentary and an implacable drum beat marks the march of tramping feet. Lyrically, individual words hint at a dictator’s iron fist: Heil!, genocide, fascist. But the verses have no sentences and the phrases are difficult to interpret. It is a poem to feel in the guts rather than to analyse with the mind.

History, of course, moves on. The Butts shopping centre is still there, although it is now called the Broad Street Mall; The Target closed a long time ago leaving just some glass tiles set into the pavement to show where the pub used to be. Twelfth Night disbanded in 1987. They re-formed briefly in 2007 and have played isolated gigs since then, the most recent in 2014. Like the longbow that won the battle of Agincourt for England the Twelfth Night band has had its day.