Six of us went to see Focus at The Flowerpot in Derby last night. We arrived about 8:50 pm, gathered around the stage and waited patiently for the band. At around 9:30 pm a very fat and impossibly old man appeared. He had long white sideburns and was wearing a fisherman’s cap. It was as if The Ancient Mariner was about to tell us his tragic tale. But cheers from the crowd instantly dispelled that illusion. This was Thijs van Leer, the keyboard player, flautist, vocalist and founding member of Focus.

Another time-ravaged man, tall and wiry, followed van Leer on stage. He looked a lot like Charlie Watts and it was no surprise when he settled himself on the drum stool. This was Pierre van der Linden, who has been their drummer since the dark ages of 1970. Completing the line-up were Udo Pannekeet, a lanky man with long fingers, and Menno Gootjes, the fashion sector’s standard model. I don’t have to tell you that Pannekeet was the bass player and Gootjes the guitarist. 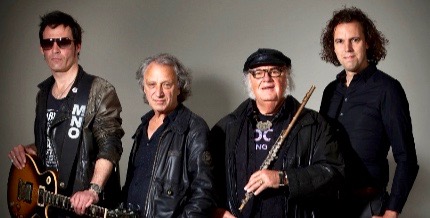 Thijs van Leer leant towards the microphone but no words of welcome were offered; instead, the sounds of a prog rock organ and a chorus of singers emanated from the PA speakers. A pair of Crotchety eyes scanned the stage for hidden personnel or banks of electronics but there were none. A small keyboard and a compact box of electronic effects was all that was needed to create the impression of a church organ and a full choir. If Thijs van Leer ever wants to put on a solo concert this is how he will do it. And you should go; it will be worth it.

Soon the full band was getting into some of their best known songs. Well, I say songs, but most of their pieces are instrumentals and the voice parts are often scat-like vocals with no real words. As one passage morphed into another I turned to one of the two women in our party and yelled, “this one’s for you”. She didn’t catch what I said and I don’t know if she realised that her name was also the title of the song. If you’re reading this, Sylvia, I say once again, “this one’s for you”.

Focus has always been known for its high standard of musicianship – that’s one of the main reasons for going to see them – and they didn’t disappoint last night. They are unique in that they combine impressive technical ability with strong melodies, intricate rhythms and a subtle sense of the ridiculous that injects a rare element of humour into their work. There are rather more lyrical pieces in their later work but they can still rock the old favourites as if the releases from 45 years ago were recorded yesterday.

Last night’s set included the hit singles, House of the King, Hocus Pocus, Harem Scarem and Sylvia. There were also some vintage album tracks (Focus, Focus 7, La Cathedrale de Strasbourg), and a couple of new tracks (Mare Nostrum, Focus 11) from their latest album, Focus 11. The CD release of Focus 11 is available now from Burning Shed; other formats are due for release on 25th January 2019. 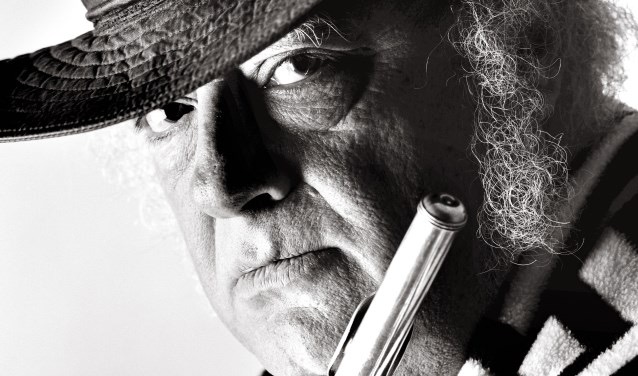 One last thought … If you are ever approached by a rotund elderly gentleman who looks as though he wants to tell you a tale of the sea, don’t tell him to bugger off, he just might be Thijs van Leer.