Echo was a naughty nymph. When Zeus came down to dally with the maidens of Mount Cithaeron, he told the loquacious Echo to engage his wife, Hera, in long conversations so that she would not find out about her husband’s indiscretions. And Echo did as she was told, for it would be most unwise to disobey the king of the gods. But when you cross a goddess her punishment can be severe, too. Hera, when she realised what was going on, cursed Echo. From then on poor, obedient Echo could no longer speak, except to repeat the last few words she heard. 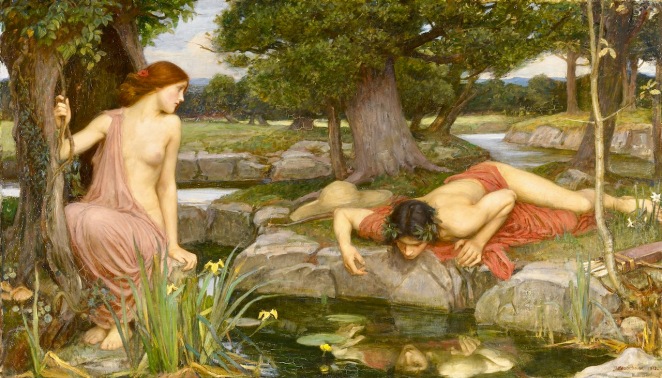 Losing the ability to speak eloquently would be bad enough but an even worse fate was in store for the hapless Echo. She fell in love with the awesomely handsome Narcissus. Not only was Echo unable to tell him how she felt, she was brutally rejected by the man who only loved himself. Narcissus and Echo both died of broken hearts, consumed by a love that could not be. Now all that remains is an ever fainter echo of the nymph’s pitiful, disembodied voice.

Crotchety Man’s second program in the Swift language is ‘echo’. It’s a very simple program but it has proved surprisingly instructive. Exploring different ways to implement it has taken me on a grand tour of the Swift language, its libraries and the suite of developer’s tools that Apple provides. In fact, I’ve done little else of any note this week. It was natural, then, to take my inspiration for this track-of-the-week from the ‘echo’ program and the unfortunate Greek nymph after which it is named.

Something by Echo and the Bunnymen is long overdue in these pages, so here’s the band’s most popular track, Killing Moon.

In Liverpool, in 1978, there was a band called A Shallow Madness. Its members included Julian Cope on bass and Ian McCulloch on vocals. But, when McCulloch failed to turn up for rehearsals, he was sacked and A Shallow Madness became The Teardrop Explodes. McCulloch then teamed up with guitarist Will Sergeant and bass player Les Pattinson to form Echo and the Bunnymen, adding Pete de Freitas on drums the following year. 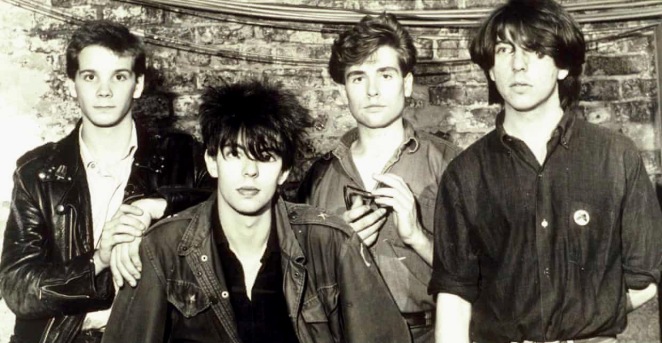 The Bunnymen played a form of Merseyside post-punk. They were all young musicians and it took until 1984 to reach their peak with the release of their fourth album, Ocean Rain. The Killing Moon is from that album. To the Crotchety ear the Bunnymen‘s material generally provides a pleasant, passing-the-time vibe. It’s popular rock music set against a dusky background – a background that can be comforting, like the soft light of a blue moon, or threatening, like the assembled demons of the Grim Reaper and his Joy Division choir.

I’m sure the lyrics of The Killing Moon would resonate with the Echo of ancient Greece. There’s a fatalism in the words that speaks of unattainable desires and impending tragedy.

The killing moon will come too soon.
Fate up against your will …

No matter how hard Echo wills it Narcissus can not love another. Behind the moon’s romantic face lies a murderous heart. And neither mortal nor god can change what Fate has decreed for us.