It seems to me that progressive rock and its close cousin, jazz-rock fusion, have undergone a welcome renaissance over the past two decades or so. Or is it just that modern technology has made it so much easier to find art that rises above the bland, the mediocre and the ugly? It’s hard to be sure.

There has been a fairly steady stream of remasterings and re-issues of classic prog and fusion albums since the 90s and a few of those old bands have found a new lease of life quite recently. So, it seems the time is ripe for prog and fusion re-releases. Sadly, though, the record company behind the Italian fusion outfit, Nova, has not caught this new wave of opportunity. The band’s four albums and three promotional singles from the late seventies are only available through the second-hand market and uploads to YouTube.

Nova‘s second album, Vimana, once blessed the Crotchety LP collection. With Percy Jones (Brand X), Phil Collins (Genesis, Brand X) and Narada Michael Walden (Mahavishnu Orchestra, Weather Report) in the credits its inclusion was inevitable, even though I had never heard of the core members: Elio D’Anna (saxophone, flute), Corrado Rustici (guitar, vocals) and Renato Rosset (keyboards). It was a slightly speculative purchase but it more than lived up to its promise.

In Indian mythology a ‘vimana’ is a flying temple. At the start of their 45 minute journey Nova get on board and buckle their seatbelts. The in-flight sound system plays some pleasant background music for a minute or two and then the engines roar and the great edifice soars into the sky. The ground drops away, the people and the buildings dwindle and the fields are laid out in patchwork patterns below. It’s an awesome and uplifting experience.

The airborne passengers settle back in their seats as the opening credits of a film called Night Games roll on the cinema screen. It turns out to be an intimate and rather disturbing portrait of a troubled man. The story is dark but the cinematography is outstanding.

Killing the time before it kills you,
And night acts performed by yourself
Just pull you through.

The entertainment continues in a sombre vein with an instrumental poem “to a brother gone”. Did the subject of the movie lose his battle with depression? Or is this ‘poesia’ on another topic altogether? It’s hard to say. But there is a profound and timeless beauty in the piano, guitar and flute trio that belies the sadness of a tragic loss.

After the poem comes a period of quiet reflection. But through the silence a nagging loneliness grows, an insistent loneliness, a pain that grows louder and more urgent as the minutes tick by. Though the words ache, the music brings a refreshing energy to the soul.

We are flying low over the coast now. Large rafts of driftwood float towards the shore, their shapes slowly shifting. The weariness of the long-distance traveller makes the eyelids heavy. A gentle tune cradles the mind. Muffled words come and go through the fog of a half-dream. The voice is sweet but the sentiment is stark.

I must destroy you.

The engines have fallen silent now. The temple of the skies has landed by a sparkling pool. A tiara’d princess sits by the water, talking to a big green frog. She stretches out her hand. The frog jumps into her palm and she kisses him. The music fades away leaving a soft serenade of birdsong. It is a poignant and fitting end to a fairy tale album. 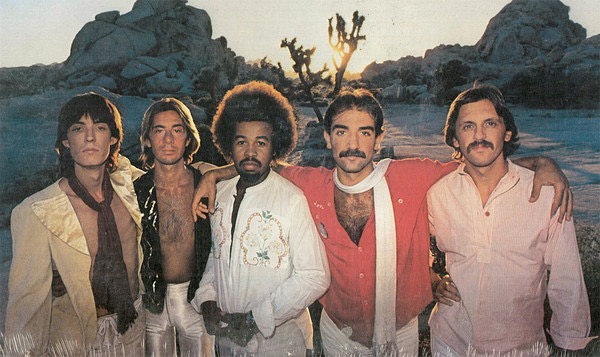 Vimana was a casualty of the Crotchety transition from vinyl to CD. Most of the LPs that I passed on to appreciative new owners were re-acquired in digital form. Of the others very few left a permanent scar in the internal music store. But there are still twinges when I remember trips in the flying temple that Nova constructed. I’d buy it tomorrow – the Discogs market does have copies – but the CDs are Japanese imports at silly prices. So, for now, YouTube is my friend. And I commend it to my readers.