The Queen of Elfland

Somewhere in the backwoods of Alaska there’s a singer/songwriter/guitarist who makes beautiful music and gives it away. Why? Because we already have enough ‘stuff’; what we lack is ‘human connection’. So, rather than burn CDs and ship them thousands of kilometres across the globe, he makes his songs available (for free) on his website.

His name is Kray Van Kirk and he’s running a Kickstarter project to fund a music video of one of his songs. The Queen of Elfland tells the story of Thomas the Rhymer who is taken down to Elfland to sing for its Queen. It has all the allure of an ancient myth but, in the video, Thomas and the Queen make the journey by train. Not the Hogwart’s Express, a very real, very solid Amtrak train, connecting the everyday world with a land of fantasy and legend. 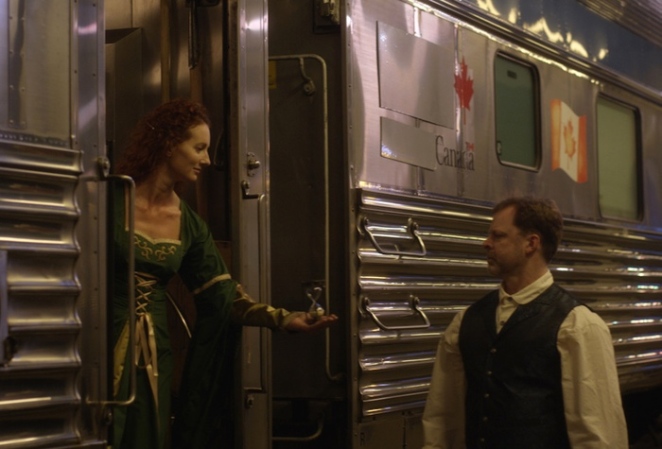 The Kickstarter project has less than 72 hours to run. As I write this it has raised just under the $4000 it needs to make the basic video. It will reach that first target soon but, with a little more support, Kray and the team will be able to add special effects and do some detailed post-production. If you like his music please support this project. The world needs more musicians like Kray Van Kirk.

2 thoughts on “The Queen of Elfland”