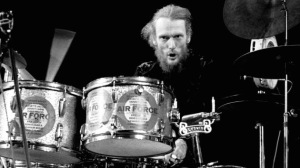 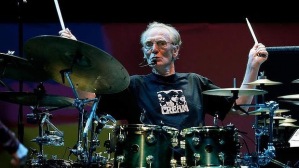 There was a documentary about Ginger Baker on the TV a few days ago. The programme is part of the BBC’s Imagine series and it’s available on BBC iPlayer until 7th August if you want to watch it. (I don’t think the iPlayer service is available outside the UK, though.)

Ginger Baker will be 76 next month. The wild ginger hair of his days with Cream is shorter now and silver. The long sunken face has become rounder and puffier. The mischievous grin has gone and the eyes don’t sparkle much any more. He suffers from COPD. Mr. Baker loves his horses; he hasn’t much time for people, though, if the documentary paints an accurate picture of the man as he was in 2012.

I learnt two things about Ginger Baker from that film: he started as a jazz drummer and he’s a prickly, irascible, cantankerous old man. I understand, at last, why he was (and still is) such a great drummer and why Jack Bruce found him so impossible. They say there’s a fine line between genius and madness and it’s easy to see that when you look at Peter Edward (“Ginger”) Baker.

A music blog is no place to criticise people for their failings, not even the failings of musicians, so I won’t. Instead, I want to celebrate Ginger Baker’s talent. I’ve chosen Born Under A Bad Sign from Cream’s Wheel’s of Fire album as my Track Of The Week because I think it demonstrates the flair and originality that Ginger brought to the world of rock music. 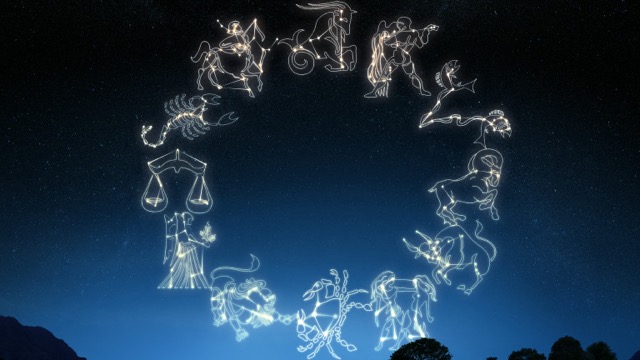 Born Under A Bad Sign was written by William Bell, an R&B singer, and Booker T. Jones, the bandleader. It was recorded by the blues singer and guitarist, Albert King, in 1967. Cream’s version was released in 1968. Many other artists recorded it, too, including Jimi Hendrix and Homer Simpson (according to Wikipedia).

It’s basically an R&B song. The sentiment is pure blues; the hook is the swaggering rhythm of the bass part; Eric Clapton’s guitar wails pitifully. And the drums sound like the steps of a down-and-out as he trudges through life, moving on, always moving on. With every step the cymbals tang, tang, tang like the sting of insults from hard-hearted passers by, people with homes, families and friends.

Ginger Baker may have started as a jazz drummer but he made his name as a rock musician and he’s perfectly at home here in this R&B piece. That’s a measure of the man’s versatility and exceptional talent. He has worked with quite a few bands in his 60 year career to date, as well as running his own fusion and jazz bands: Ginger Baker’s Airforce and The Ginger Baker Trio.

None of his collaborations lasted for very long. In the case of Cream, the band disintegrated because Jack Bruce and Ginger Baker couldn’t get along. I suspect Ginger’s coarse and uncompromising personality was a factor in some of the other break-ups, too. For every silver lining there must be a cloud, I suppose.

Ginger keeps several dogs on his gated property in South Africa. They are pets rather than guard dogs but there’s a warning sign at the gate: it says, simply, Beware of Mr. Baker. 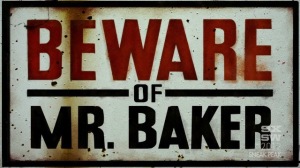