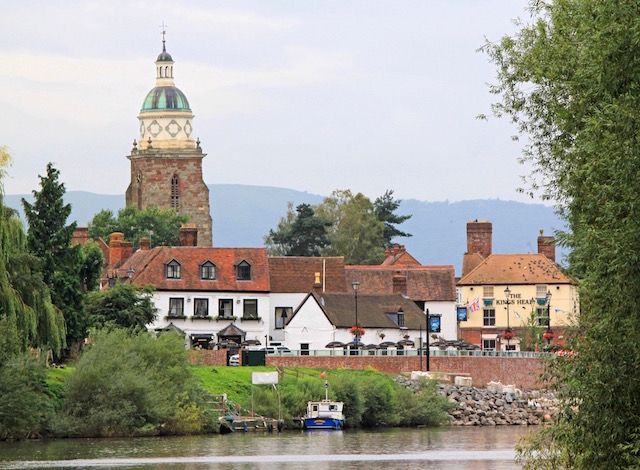 Back in June 1994 Crotchety Man and some friends bundled into a couple of cars and travelled down to the small West Country town of Upton-upon-Severn for the annual jazz festival. It was a warm and sunny day, perfect for a day out, and we were in good spirits.

I remember very little of the bands we saw that day. In the late afternoon we joined the throng in the main marquee and were entertained by two excellent ensembles: one with a double bass player called Phillipe Bass (which is what I would be called if I was French – honestly!) and a quite hilarious comedy outfit. But the gig that stands out in my memory was by a band called Fapy Lafertin and Le Jazz. None of us had heard of them before; we chose that one simply because the programme promised something special. 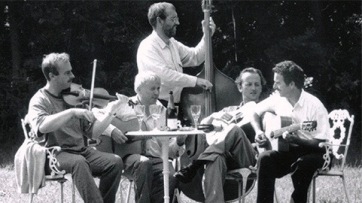 Fapy Lafertin is a Belgian guitarist. He plays gypsy jazz in the style of the great Django Reinhardt. In the late eighties he teamed up with two other guitarists, a violinist and a bass player to form Le Jazz. Together they toured extensively throughout England and recorded two CDs on which they tried to recreate the sound of the famous Quintette du Hot Club de France.

As they played for us on that sunny afternoon in Upton-upon-Severn Crotchety Man was transfixed. We were treated to a virtuoso performance worthy of Reinhardt and Grappelli themselves. Some of the tunes were familiar, others were new to us. The jazz standards could have sounded corny but, in this setting, they came over fresh and invigorating. It was sheer bliss.

As far as I remember no recordings of Fapy Lafertin or Le Jazz were available in 1994 but I came across a CD of theirs called Swing Guitars some two or three years later and snapped it up. It contains a total of sixteen tracks, including two featuring a vocalist by the name of Annabel Da Silva. The music on that CD has all the zing of the live session at the jazz festival but, in their attempt to reproduce the sound of the Quintette du Hot Club de France, it had been recorded using a single ribbon microphone of 1938 vintage. The result is a disc marred by a muddy recording sadly lacking in the detail that the performance deserved. 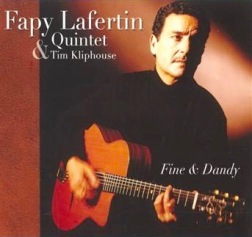 In spite of the poor quality of that CD I was going to choose it as my Album of the Month for February 2016. Until, that is, I discovered that neither Swing Guitars nor the double album 94-96 The Recordings (available on iTunes) from the same period are on Spotify. So I explored Fapy’s solo album, Fleur de Lavande, and the later Fine and Dandy by the Fapy Lafertin Quintet and Tim Kliphouse. I am delighted to say that both of those capture the pzazz of the live jazz performance and are of a quality that does full justice to the artists.

I suppose gypsy jazz doesn’t appeal to everyone but if it’s ever on your radar I heartily recommend Fine and Dandy.

One thought on “Fine and Dandy”