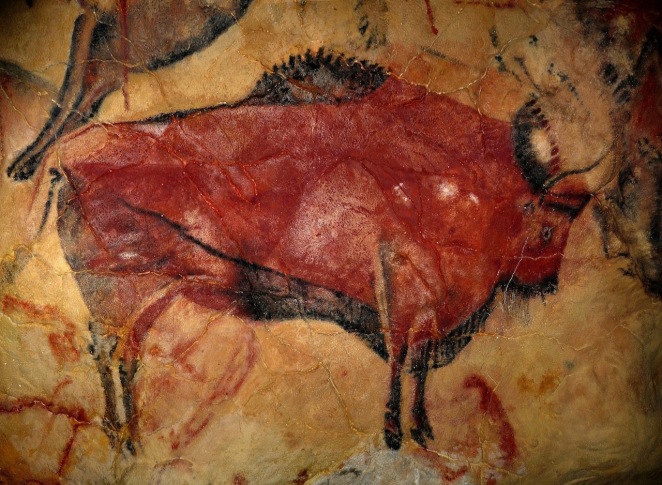 This bison was painted on the wall of a cave in southern France around 17,000 years ago. It is one of the earliest examples of painting as an art form, although exactly where it fits in the chronology of the stone age is difficult to determine. To suggest it is the 16th in a series of studies by an unknown artist from the Upper Paleolithic era of human history would be stretching credibility beyond belief but, if by chance it was, that prehistoric painter might have called it Étude No. 16.

The creator of the music featured this week is also quite ancient, at least as living composers go. Philip Glass is nearly 83 and he is still adding to his prodigious repertoire of works for solo instruments, small ensembles and orchestras of all sizes. His Étude No. 16 for solo piano was written sometime between 1994 and 2012; it has been performed and recorded by a number of celebrated pianists but here we have an arrangement for a jazz trio released just ten days ago.

Philip Glass is usually regarded as a minimalist, although he prefers to describe himself as a composer of “music with repetitive structures”. From the Crotchety perspective that’s a rather subtle distinction; endlessly repeated themes soon become tiring to my ear, even when enlivened with slight variations as the piece progresses. Consequently, the domestic music library is essentially devoid of this type of thing and it must be said that my knowledge of the artists in this field is sorely lacking. 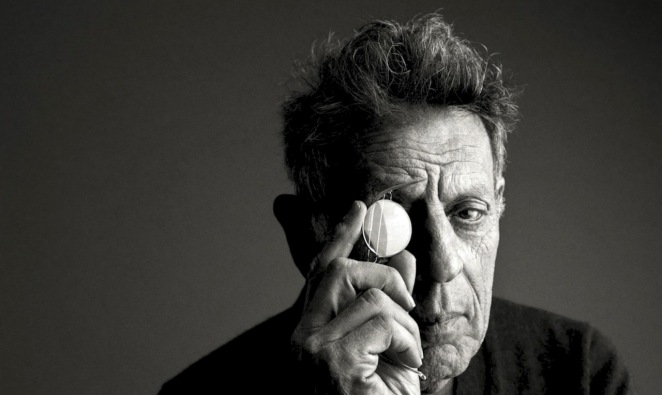 In spite of my ignorance, the name of Philip Glass keeps cropping up on the periphery of Crotchety Musicland. He has, for example, collaborated with David Bowie, Brian Eno and Leonard Cohen (to name but three). His influence extends to many other respected pop/rock artists, too, including Paul Simon, Mike Oldfield and David Byrne. His film scores have won awards. He has been acclaimed across the whole spectrum of musical styles from classical to contemporary, taking in ambient, electronic, rock and world music along the way. And, most impressive of all, the list of his compositions on Wikipedia fills about 9 screenfuls of display real estate covering works for solo instruments, chamber music, concertos, symphonies, operas, film scores, his 7-piece Philip Glass Ensemble and miscellaneous other forms.

There would be no point in me trying to summarise Philip Glass’s life or career. Instead, I will just point you to the succinct, but illuminating biography on his website. There is one curious fact that I will share with you, though – Philip Glass and Crotchety Man have the same birthday (31st January), albeit 15 years apart.

And the music? Étude No. 16 is a gently repeating motif with a simple melody, an intriguing rhythm and sparse, tinkly embellishments. It feels very natural but it begs for intellectual analysis. It seems to follow the traditional rules of harmony and yet it is sprinkled with questionable dissonances. It rubs the belly and tickles the ribs. But it demands your full attention, too. No. 16 can be appreciated at every level and that is what makes it so fascinating. 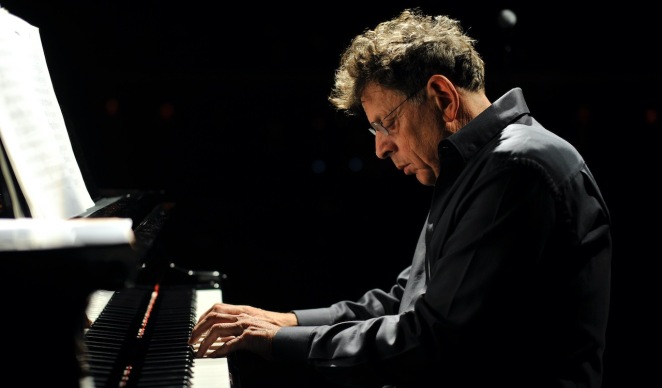