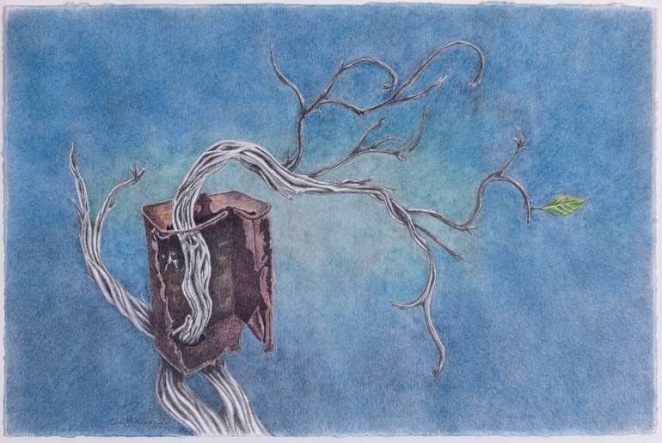 Musicians may die but their music lives on. Pekka Pohjola was a Finnish multi-instrumentalist and composer born in the same month as the Crotchety Man blogger. He studied piano and violin at the Sibelius Academy in Helsinki and, in 1970, joined the progressive rock band, Wigwam on bass. He left to embark on a solo career in 1974, releasing some 14 albums as a solo artist and another two with his own band (Pekka Pohjola Group or just The Group). His discography also includes collaborations with Mike Oldfield and Gábor Szabó, and significant contributions to albums by Made in Sweden and the Espoo Big Band.

Crotchety Man is yet to explore the rest of the Pohjola repertoire but, after one spin, the ‘magpie’ album was deemed worthy of his personal collection. And, at the knock-down price of £4.99 for the download, it was irresistible. In no time at all Harakka Bialoipokku was added to all the other bright, sparkly things in my digital music library.

Pekka Pohjola suffered from alcoholism and that is thought to have contributed to the epileptic seizure that killed him in 2008. He was 56.

Shit happens to all of us at times, but generally speaking life does goes on. Let’s make the most of it, shall we?